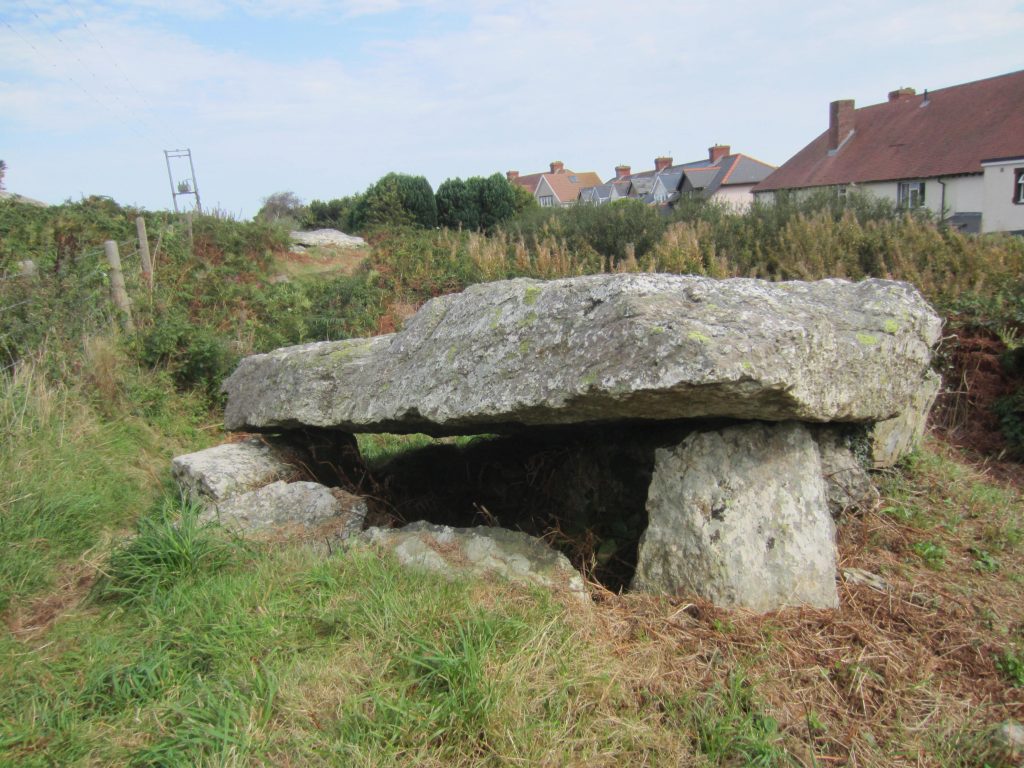 We know that early inhabitants visited this area in the Mesolithic period, being hunter gatherers moving around the area after the ice age, until about 5,000BC.  They lived off the natural produce of the land, hunting animals and gathering fruits, berries, fish and shell fish.

From about 2000 to 800BC further groups of people arrived from south west Europe being the first metal workers using bronze. This has given rise the term Bronze Age. These people were also skilled in pottery and, because of the pottery that they are buried with, are often referred to as Beaker people.

They were followed by Celtic people from Central Europe responsible for the Iron Age period.  They also brought with them the proto Celtic languages Goedelic from which Gaelic developed, and Brythonic from which present day Welsh developed.

Thus this area, from approximately 2,000BC down to AD 100, was occupied by metal working peoples of the Bronze and Iron Ages. Garn Fawr and adjoining elevated areas contain the remains of Iron Age forts and possibly some evidence of earlier activity in the late Bronze Age.  The Iron Age fort on Garn Fawr was extensive with major ramparts and ditches.  Aerial photographs show the field patterns that were developed around the hillside.

We know that Roman ships and possibly Roman troops visited the area, but there is no evidence of Roman occupation and habitation.

The period from the withdrawal of Roman forces from Britain ( completed by AD 410), until the Norman Conquest  can be termed the Early Middle Ages. This period covers the early Christian Saints of which Dewi or David was the most prominent, together with various Welsh Princes.

Early in that period, peoples from Ireland came to west Wales, namely the Dieisi tribe in between 100AD and 500AD. They brought with them the Ogham script found on many ancient stones in the north Pembrokeshire area.

Early subsistence farming, control of the area under major and minor Welsh Princes, and the early development of St. Davids occurred during the early part of this period.

Following this came the high middle ages, with important Welsh Princes in control, namely, Rhodri Mawr (AD840 to 878), and Hywel Dda (AD910 to 950).  These two Welsh Princes left lasting affects in particular, under Hywel Dda, the codification of Welsh Law.