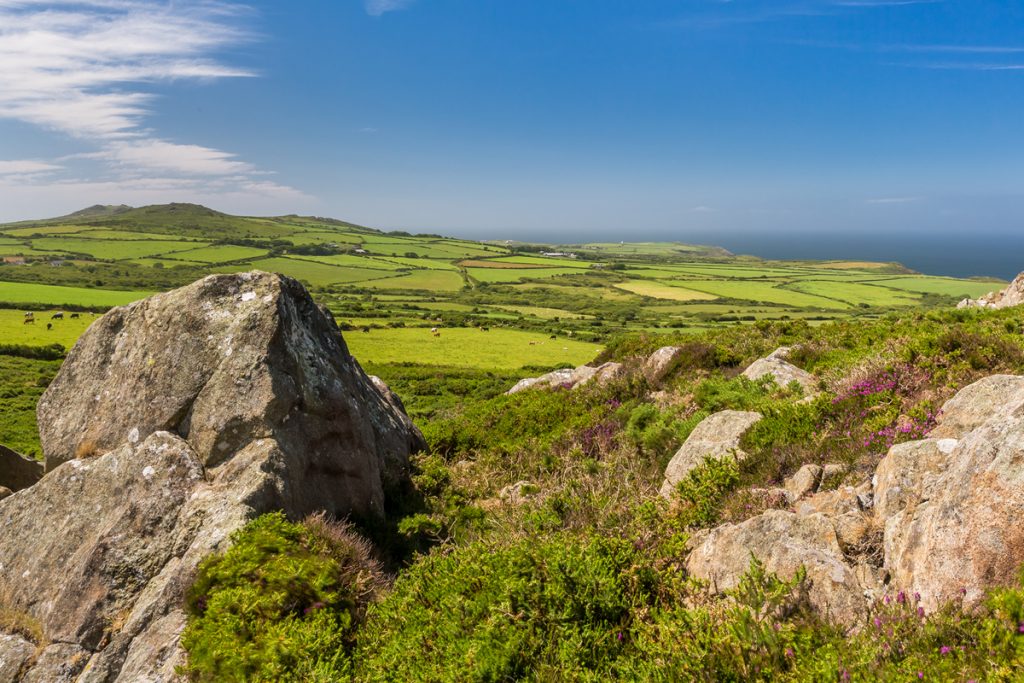 In the early centuries 100AD to 400AD, various groups of Irish peoples arrived at the north Pembrokeshire coast, notably the Dieisi tribe, and penetrated the area in some instances as far as present day Breconshire. After the withdrawal of Rome troops from Britain, the eastern part of present day England was subjected to numerous invasions of peoples from continental Europe, Angles, and Saxons and Jutes, all of which produced pressure on the original Brythonic peoples, who in many instances moved westward to escape the invasion.

At much the same time the Christian message and faith moved westwards out of the eastern Mediterranean through Greece and Italy into France and the western borders of Europe.  Missionaries and their followers sailed up the western seas to Cornwall, west Wales and Ireland with further extensions to Scotland and around the coast of Scotland to Northumbria down to Lindisfarne and Jarrow and further south.

It is also recognised that substantial parts of southern Roman Britain had Christian communities. Undoubtedly many of these British Christian people moved westward bringing their faith with them.

St. Patrick was sent by Bishop Germanus of Auxerre to establish the Christian message in Ireland, which he did between AD 430 and 460.  There were undoubtedly early Christian settlements in various parts of Wales, notably Llandaff, Llancarfan in present day Glamoganshire, Llanbadarn and Bangor in mid and north Wales. Undoubtedly the leading member of this early Celtic church in west Wales was Dewi or David, to become St. David, Dewi Sant, and the cause of the Norman Cathedral, which we see today.

David’s religious activity is celebrated not just in the Cathedral, but by the many churches dedicated to his name across south Wales, some 52 in all.  David also had a number of followers who are also celebrated with various church dedications.

Some of these early churches and religious centres can be traced today from the mostly circular church yards found in various areas of Wales, with numerous examples in north Pembrokeshire.  St. Nicholas with its elevated church yard today, has the hallmarks of an early Christian settlement.

This assumption is reinforced by the presence in the St. Nicholas church today of a burial stone on which the following letters are written:-

The importance of this stone derives from the last words “Hic Iacet” or “Here Lies”.  These Latin words originated in northern Italy around AD 350 and spread through the early Christian world with a number of examples in west Wales.  In other words this stone was originally used for the Christian burial of Tunccetace and is probably dated somewhere between  AD 600 and 650

A similar “Hic Jacet” stone was found in 1690 by Edward Llwyd who later became the keeper of the Ashmolean Museum in Oxford.  He found the stone in the church of Llanddewi Brefi in north Ceredigion. In the story of St. David is his visit to Llanddewi Brefi and his address to the assembled company which concerned the different interpretations of Christian law and the beliefs of Pelagius on the doctrine of original sin which many early Christians objected to.

This stone found by Edward Llwyd ,which was in two pieces, had an inscription which reads “Hic Iacet Irdnet filius Jacobi qui occusis fuit propter predam Sancti David”.  Translated this refers to the burial of Irdnet son of Jacob, who lost his life protecting David’s property. This probably 7th century [600s AD] stone is the only written reference to David and his early Christian missionary activity”.  It also shows that by the 7th century David is described as a “holy” or “saintly” person.

Thus, it is very likely that either at the present church yard or somewhere in close proximity existed an early Celtic Christian cell. From this period to the Norman invasion of England and subsequently Wales, we have very little information.  We do know that the area from St. Davids to present day Fishguard was part of the property of the Bishop or Church Leader from St. David’s and was given the early name of Pebidiog.  This was later referred to as Dewisland.